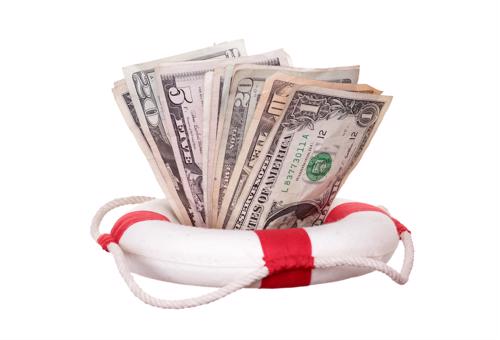 Across the U.S., minimum wages are starting to rise at the local and state levels even as federal lawmakers continue to drag their feet on a serious debate about a national $15 minimum wage. One of the big issues at the center of this debate is how beneficial higher wages actually are when it comes to helping people out of poverty, because while it will lead to many people getting higher hourly pay, the increase could arguably lead to fewer jobs.

However, a new data analysis found that a minimum wage increase in Maine - from $9 per hour to $10, on a path to $12 in 2020 - led to significant benefits for the lowest-paid residents of the Pine Tree State, according to the Maine Center for Economic Policy. In the wake of an increase in the minimum wage, the quartile of the state with the lowest incomes saw their pay grow by 10 percent in 2017, the largest seen for this low-income group since at least 2001.

Perhaps more important, though, these income jumps brought some 10,000 children in the state out of poverty, the single largest reduction in child poverty seen in the state since it began tracking this data in 2005, the data showed.

What's the issue?
Many people may believe that the key to raising people out of poverty is simply giving them jobs, but there's plenty of data to suggest - especially in today's low-unemployment environment - that there's more for employers to do, according to The New York Times. Just creating jobs is only part of the puzzle to helping people afford their basic expenses, because even as the economy flourishes, wages remain relatively stagnant on a national level.

There are millions of unfilled jobs across the U.S. today, but pay isn't rising at the same rate as the nation's productive output, the report said. Since 1973, the economic output of the U.S. has increased 77 percent, but workers are by and large not seeing that benefit; the national average hourly pay has only climbed 12 percent over that same period.

Moreover, if the national minimum wage had held steady and been continually adjusted for inflation, it would be close to $20 per hour, rather than the current level of just $7.25, the report said. Nonetheless, there is controversy about raising the minimum wage to even $15 per hour over the next several years.

Not a job-killer
There's also plenty of evidence to suggest that jobs don't go away when the minimum wage rises. The city of Chicago, for instance, voted in 2014 to raise the minimum wage to $13 over the course of a few years, and despite the increase, about 72,000 jobs have been created there since the ordinance was approved, according to The Associated Press. About 81,000 people have been lifted above the poverty line over the same period.

For these reasons, companies that are doing well but struggling to fill open positions would be wise to make sure their hourly pay offerings and benefits packages are as strong as possible.