Is even $15 per hour enough for big-city workers? 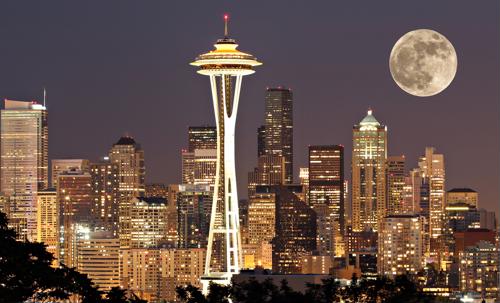 In recent years, much has been made of the fact that the federal minimum wage - and many state minimums as well - do not provide workers with enough to live on. As a consequence of such low pay, many Americans are forced to take on two or even three jobs just to make ends meet, hence the national Fight for $15. But now, experts increasingly point out that in some parts of the country, $15 probably isn't enough.

For instance, in Washington, D.C., workers have a right to one of the highest minimum wages in the country - $14 per hour, rising to $15 in July 2020 then tied to the cost of living each year thereafter - but experts say that's simply not enough to get by in the city, according to Marketplace. Data from the Massachusetts Institute of Technology estimates that the average single person in the District of Columbia needs to make $17.64 per hour for their pay to be considered a livable wage, and that goes up to $30.20 if they are also raising one child.

Those calculations include the cost of paying for the basics, like food, rent, childcare, transportation, health care and so on, the report said. For even a single person to get by at the city's minimum wage, they need to work an additional 10.4 hours per week above and beyond the additional 40 to make enough to do so. With a child, that grows to an extra 46.3 hours.

On the opposite coast
Another city that's trying to be on the cutting edge of raising worker pay is Seattle, where minimum wage for larger companies will hit $16.39 per hour next year, and small businesses will have to provide hourly rates of between $13.50 and $15.75 starting next year, according to the Seattle Post Intelligencer. However, the city has an extremely high cost of living - particularly with regard to housing costs; the average rent is more than $2,100 per month.

As such, it would take a minimum-wage worker at even a larger company more than three weeks' worth of work to even make enough to afford housing on their own, the report said. That doesn't include other costs such as food or transportation, let alone childcare and health care. Even in lower-cost parts of the city, it would still take 90-plus hours to hit median rents.

Not a cure-all
With all that in mind, it's worth noting that, among big cities, Seattle and D.C. are hardly alone, according to USA Today. In San Francisco, for example, the minimum wage is well above $15 per hour, but the cost of living is so significant that even well-off workers either live far outside the city and commute in, or simply find themselves being priced out of the market entirely. Indeed, throughout the Bay Area, the median household income is about $100,000, and rents alone in San Francisco can easily stretch above $3,500 per month.

Of course, companies that are looking to hire new talent and keep the staff they already have need to be mindful of these trends and make sure their pay - and benefits - go well above and beyond industry standards going forward.