$15 minimum wage would give 27 million a raise 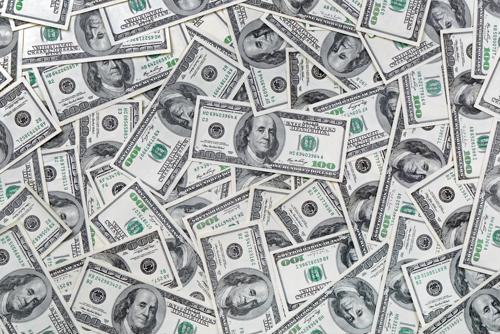 Across the U.S., hundreds of thousands of low-paid workers are starting to see raises as a result of legislators' or voters' efforts to raise the minimum wage in their states. In fact, a relatively small but ever-growing number of states are now on the path to a $15 minimum wage being instituted within the next few years, and there is talk about implementing that standard at the federal level as well.

A recent study from the nonpartisan Congressional Budget Office found that, if a $15 minimum were to be instituted nationally by 2025, about 17 million Americans would see a raise of some kind as a direct result. Another 10.3 million or so would also see their wages rise because they are just above the $15 threshold and would subsequently find their own, slightly higher pay lifted by the rising tide.

Those raises for 27.3 million people compare favorably with the roughly 11.4 million who would see an increase from a $12 minimum wage, and just 3.4 million from a $10 minimum, the report said. However, in all but the last of these scenarios, the CBO also found there would be job losses, of about 1.3 million for a $15 minimum wage and 300,000 for $12. On the other hand, an increase to $15 per hour would also provide some $7.7 billion in extra annual income to families living below the poverty line, and $14.2 billion to those just above it.

Why it might be needed
Worker advocates say part of the reason a prevailing federal minimum wage well beyond the current level of $7.25 per hour - a figure that hasn't changed in about a decade - is that many state governments actively block efforts by individual cities to raise their own minimums, according to The Washington Post. One of the arguments against a higher minimum wage is that $15 per hour in Philadelphia, for instance, is a much different amount of money there than in rural Pennsylvania a few hours away.

However, 25 states - including Pennsylvania - have state laws that expressly prohibit cities from raising their minimum wages above and beyond the state level, the report said. That issue affects some 350,000 low-wage workers, keeping them from earning an extra $1.5 billion per year, or almost $4,100 more on average annually than they currently make. Many of those workers are people of color.

A better understanding
To demonstrate just how difficult it is for people to live on minimum wage, lawmakers in New Hampshire are about to spend seven days living on the $290 per week a minimum wage job in the Granite State pays, according to the Concord Monitor. The four participants are undertaking the effort to highlight why New Hampshire needs to keep up with neighboring states and institute a $12 minimum wage. About 118,000 residents of the state earn the minimum wage or less.

With this in mind, it's important for companies to make sure they are offering workers hourly wages well beyond the federal minimum wage, and often their own states' minimums as well. Doing so - in conjunction with strong benefits packages - helps businesses both attract and retain talent on an ongoing basis.