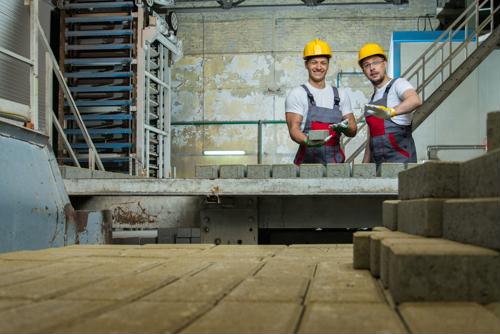 A new report from Georgetown University's Center on Education and the Workforce - partnered with J.P. Morgan Chase & Co. - reveals changes in manufacturing employment in today's workforce in comparison to the industry's peak in the start of the 20th century.

At the beginning of the 21st century, in 2000, the manufacturing industry employed the most people in 18 states. However, in 2016, manufacturing was only the top employer in two states: Wisconsin and Indiana. There are plenty of factors that contribute to this decline, particularly the rise of the services sector. However, despite this decrease, manufacturing continues to be one of the most profitable and productive sectors in the U.S.

The peak of manufacturing

Before we dive into manufacturing as it is now, let's take a few steps back to look at the "glory days" of manufacturing. As different manufacturing equipment became mainstream in the late 19th century and early 20th century, employment in this sector became one of the most profitable in the nation. In 1940, 23% of employees in the U.S. worked in the manufacturing industry, and 27% of the total economic output came from manufacturing. While World War II impacted certain sectors in negative ways, it increased the profitability of factories. By 1947, the industry's economic output reached its peak of 39%.

Despite the fact that the manufacturing industry remained the sector with the highest economic share, its national output decreased, not because it became less profitable, but because other sectors rose in prevalence. Service industries such as finance, insurance and real estate showed rapid growth from the middle to the end of the 20th century. The services sector increased to an output share of 44% in 2000, doubling its share of 20% in 1947.

At first glance, these numbers might seem grim. With a lower percentage of employment and economic share, one might think the manufacturing industry is becoming obsolete. In reality, it's quite the contrary. While the number of employees has fallen, productivity and output have increased substantially. According to Georgetown's report, total output in 2016 was $5.6 trillion, more than triple the $1.6 trillion output in 1947. Even taking inflation into account, this represents a significant increase in revenue.

Even though manufacturing is no longer the primary industry dominating modern-day hiring, it remains one of the most profitable sectors in the U.S. economy. In fact, the declining number of employees in the sector is a result of the innovation of work processes, and the rise in output per worker. Georgetown's report found that between 2000 and 2016, the annual output per employee in 2000's top 18 manufacturing states increased from $110,000 to $146,000. With improved, often automated processes and the need for less workers, employers are gaining higher profit margins than ever before.