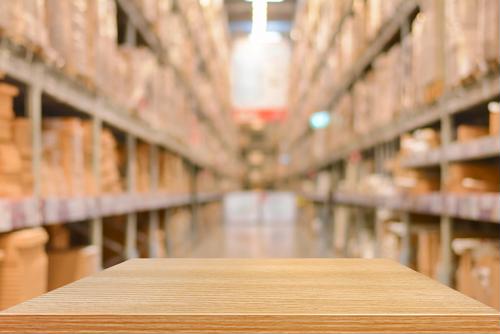 One of the easiest things to take for granted in a warehouse is also the kind of equipment that makes up a good portion of its geography. Shelving is probably the one thing that takes up more cubic footage in a warehousing facility than anything else, and yet, many companies do not have comprehensive rules around how they should be treated or utilized in the course of daily work.

Unfortunately, improper behavior, policies or use as it relates to shelving can be a major safety risk, especially if they're left unaddressed on an ongoing basis. With that in mind, the following tips should help your business get a better handle on these problems and move to address them sooner than later:

1) Don't count on them to stand freely

The taller the shelving unit, the more they hold and the more often they are utilized by workers each day, the greater the risk that they will fall over, according to Shelving + Rack Systems, Inc. There's a simple way to avoid this problem, however. Shelving should always be bolted to something, whether it's the floor, another shelf or, ideally, the wall. That way, the risk that they begin to lean and eventually fall over or otherwise collapse is greatly diminished, protecting both workers and stock.

2) Inspect to see if they're leaning

The angle at which a shelf stands should always be as close to 90 as possible, and when one starts to lean to the left or right, that's going to represent a big risk, Shelving + Rack Systems added. However, it's not always easy to tell whether a shelf is actually starting to tip to one side or the other with the naked eye. A simple fix is to just hold a level to the legs at various levels and see if things are starting to look a bit off. If so, you will need to find a way to correct the problem.

Of course, side-to-side weight distribution isn't the only point of concern for shelving, according to NiTco. You should also make sure your workers are not overloading shelves to the point that they are bowing in the middle (that is, away from the supports). In most cases, you should be able to look up manufacturer-recommended weight capacities, and workers should be careful they know not to exceed those limits on an ongoing basis.

4) Train employees to behave properly on and around them

There are all sorts of ways employees could interact with or behave around shelving systems that could put themselves and the units at risk, according to Abel Womack. These can include — but certainly are not limited to — bumping them with forklifts or pallet jacks, using them to support their own weight and more. As such, you need to make sure those workers know what not to do when they are working in close proximity to any shelving under your roof.