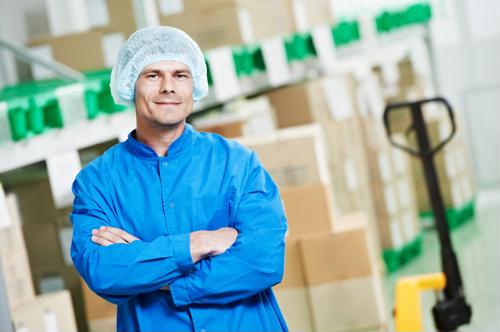 While employees in any warehouse setting may realize why forklift safety is so critical, there may not be the same understanding around pallet jacks. Whether motorized or not, these tools can pose unique safety risks that your workers need to know about - and how to avoid.

Here are a few steps for each worker to follow when they work with or around pallet jacks going forward:

1) Make sure you have sufficient clearance

One of the biggest issues for using pallet jacks safely is making sure they aren't going to unexpectedly catch on anything, and that requires users to make sure their loads are high enough off the ground, according to the National Ag Safety Database. Often, lifting the load so it has 1 inch of clearance off the ground is enough, but operators should check their route in advance to make sure that will be enough.

Particularly if they're using non-motorized jacks, workers should never use them on or near ramps, the National Ag Safety Database noted. Simply put, there is too much of a temptation to pull jacks up ramps (which risks injuries and could lead them to lose their grip, letting the jack pick up momentum and go off uncontrolled) or push them (meaning they could start to roll backwards and risk running over the user and others).

3) Test it thoroughly before use

It goes without saying that using a jack that's in good shape is a must, according to Weekly Safety. As such, workers need to make sure they test the jack thoroughly - rotating the handles, raising and lowering the jack, rolling the wheels and so on - to ensure it's up to the task. Otherwise, it may need repairs or part replacements.

As with any other job in the warehouse, it's important for workers to have the right wearable safety equipment, Weekly Safety added. Heavy-duty gloves  protect users in the event of pinching, and boots ensure that even if an item or the whole jack falls on their foot, they will be protected. Of course, users should also be aware of pinch points and never put their hands or feet under the jack itself, as all due caution is necessary.

Pulling a loaded pallet jack presents some unique risks, according to the Adaptalift Group. For one thing, users have to work harder when pulling the jack, but also if they need to stop short, the jack can run into them, or cause them to turn in ways that could risk muscle pulls, slips and so on.

6) Ask for help if you need it

When pushing a jack with a big load that users can't fully see over or around, it's important that they not try to move it anyway, the Adaptalift Group cautioned. Instead, they should enlist the help of a coworker to ensure they don't run into anything or anyone that could pose an injury or dropping risk.