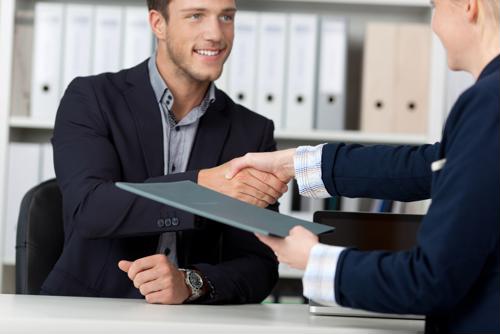 Warehouses need workers. But not just any workers, they need the right ones for the job.

In a time at which jobs are very available, the pressure is on to refresh and renew the hiring process. Interview bias, however, may stand in the way of your company and qualified candidates.

Here are six biases to steer clear of when interviewing warehouse workers.

1. Inconsistent questioning
This refers to the practice of asking different questions to different candidates. Some candidates may be asked if they have experience operating particular technology, while others are not.

Inconsistent questioning can skew the interviewer's perception of the candidate. This is often caused by assumptions made about a particular candidate based on their background or education. Leave any and all assumptions at the door to eliminate any risk of bias.

2. First impression bias
Just as it sounds, first impressions do matter. Our brains, in fact, take only milliseconds to form opinions about others, according to research at Princeton University.  An interviewer may subconsciously take a liking to a candidate who projects more confidence than one who is more reserved.

Confidence is always nice, but likely not a necessary attribute for the warehouse. Through careful reflection and conscious effort, ignoring these impressions are no easy task but can safely eliminate bias.

3. The halo/horn effect
The halo effect refers to allowing a particular positive trait to overshadow the negative, whereas the horn effect is just the opposite. Sometimes, a candidate who spends ample time discussing a skill at which they excel may cloud the many others that are lacking, or vice versa.

According to Verywell, the halo/horn effect is one of the most significant factors in performance appraisals and reviews. By focusing on a candidate's skills and experiences as a whole, you can avoid being bogged down by any one particular positive or negative trait.

This bias can be avoided by always evaluating each candidate within their own context.

5. Affinity bias
Otherwise known as the similar-to-me effect, this bias occurs when an interviewer takes notice of something in a candidate that reminds them of themselves. Whether it be an experience, a story or a similar background, this inherently can cloud the judgment of the interviewer.

It's always nice to connect to warehouse workers early on, but often these connections have little to do with productivity and performance.

Eliminating bias from your interview process will help streamline the best candidates forward and give everybody a fair shake. By taking a structured approach, as recommended by Harvard Business Review, your interviewer can plan ahead without bias.