How warehouse automation can help employees 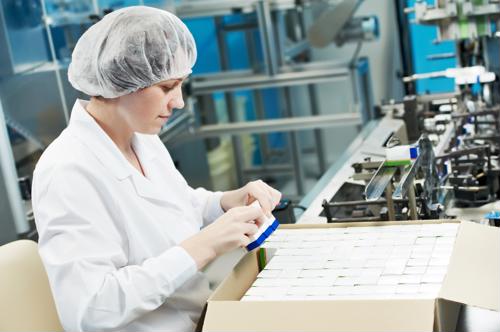 When many people hear the word "automation," they envisage a world dominated by robots with human underlings. Of course, while this particular scenario is rather far-fetched, it's true that automated machines are taking over processes previously carried out by humans. Most of the tasks that have been relegated to robots are menial, such as assembling car parts. However, the artificial intelligence (AI) driving these machines is improving, and automation is assuming the responsibility for increasingly complex projects.

Naturally, this has led more than a handful of employees to become anxious about their job security. Will they be replaced by a robot? This question has caused some resentment toward automation, and perhaps understandably so. But the truth is that AI and robots can actually create jobs rather than "steal" them, and they're here to make our lives easier in multiple respects, particularly in the logistics industry. Here's how creating a smart warehouse powered by automation can assist your staff:

It goes without saying that robots can take a load off our shoulders, quite literally. By assigning physical labor to automated machines, we can protect warehouse staff members from seriously injuring themselves. After all, the loads moved around warehouses can number in the hundreds of pounds. And, rather than thieving work previously reserved for manual laborers, warehouse employees can upskill themselves to manage the machines that do the back-breaking work for them.

Because automated machinery and computer programs are becoming so clever, they can take on more than just mindless physical work, such as inventory management. While that may seem precarious for warehouse employees who sit in the office in the back of the building, it's actually good news. Capturing data manually is risky because humans make mistakes, some of which can be costly to the point of costing workers their jobs. By working with (rather than against) this kind of tech, staff members like accountants and managers can up the ante on the quality of work they produce, thereby increasing their job security.

When we palm off work to automated systems, we don't have to pay them. Although there's an initial acquisition fee and maintenance costs, we don't need to pay robots a monthly salary or weekly wages. Now, this may seem to be an argument against automation (from an employee's perspective, at least) because why would employers hire people when they can buy machines? And, while that line of thinking is valid to a degree, workers should remember that when a company's other overhead expenses are lower, there's more cash in the kitty for remuneration. If anything, smart tech can help protect employees' jobs by ensuring employers don't have to lay off workers to keep the business afloat.

These are just three reasons why automation can help rather than hinder warehouse workers. Staff members can be comforted in the knowledge that automation will create more jobs than it will render obsolete.