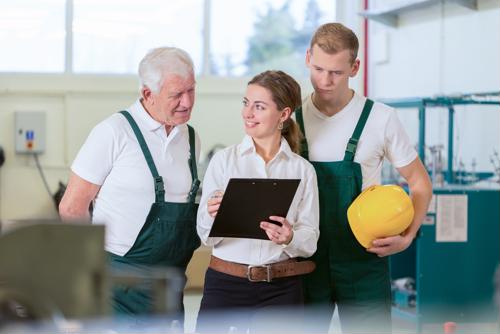 At this time of year, many warehousing operations are focused heavily on onboarding as many people as possible to ensure that they can meet demand during the busy holiday season. However, because of the speed the season necessitates, in many situations, new seasonal employees may not get all the training they need to ensure optimal efficiency in the coming months and beyond.

There are two key reasons why regular training efforts are a big help for warehousing operations, according to Modern Materials Handling. The first, again, is simply operational efficiency. Every minute spent ensuring workers fully understand the ways in which they can perform their various job tasks efficiently, the better the return on that time investment will be in the long term, which should, ultimately be the goal of seasonal hiring in the first place

Many companies that hire seasonal workers end up keeping at least a portion of them on permanently, and it's vital that those workers have the skills they need after the end of the holiday season, the report said. Indeed, when companies invest in workers' skills, those workers are more likely to stick around for potentially years to come, reducing turnover. That, in turn, helps companies save massive amounts of money on more recruiting efforts and may also help to cultivate leaders from those coming in at the entry level.

Other steps to take
Meanwhile, while trying to wring as much efficiency as possible out of warehousing processes, companies should also ensure they're training for proper workplace safety in addition to the simple skills of completing tasks quickly, according to a separate report from MMH. The reason safety is important obviously starts with employee well-being, but also in ensuring operational efficiency. Every workplace accident requires an investigation, which in turn requires that at least parts of the warehouse floor are shut down and employees - not just those injured - are pulled off the floor as part of the investigation.

Furthermore, decision-makers would also be wise to make sure they are doing everything they can to guarantee efficiency on their end as well, the report said. That means not only checking that the scheduling of shifts is going well on an ongoing basis, but also thinking about ways to make the physical layout of a warehouse more conducive to getting work done quickly and effectively.

Where to begin?
When thinking about what kinds of training exercises will be most effective for both new and old hires, warehouses may want to consider starting with team-building, according to Chicago Now. After all, if one or two workers aren't carrying their share of the load because they haven't received proper training, that can foment ill feelings between employees, especially in a high-demand time like the holidays.

At the same time, though, companies might want to think about the long-term benefits of such training in terms of how much the reduced turnover will help their bottom lines. That, in turn, allows them to pay workers more and provide them with better benefits packages while also ensuring their safety and boosting their operations on an ongoing basis.