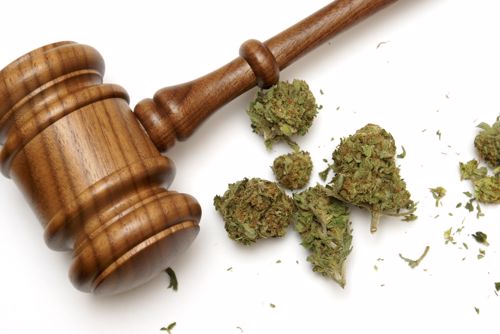 During the last two decades, marijuana use has evolved from a taboo topic to a mainstream discussion. Medical use of the narcotic has been legalized or decriminalized in the majority of American states. Colorado was the first state to legalize its recreational use in 2012 and although it's still federally illegal, many states have decriminalized or legalized recreational use of the substance in the following decade. As of March 2022, medical use is legal (with the right paperwork) in just under 40 states and recreational use is no longer illegal in almost 20 states. These legal developments have left employers with the task of making a decision they haven't ever considered before: to test or not to test?

The rationale behind workplace drug testing

Naturally, no employer wants their employees to be intoxicated on the job, and rightfully so. Inebriation at work is a recipe for disaster as it can lead to workplace accidents and conflict. However, many employers recognize that a positive drug test result doesn't mean an employee uses a substance at work. As legal executive search firm Major, Lindsey & Africa notes, given the growing normalization of medical and recreational cannabis use, more employees are testing positive for marijuana use even if they're sober at work.

What are organizations doing now?

Many organizations in states that no longer prohibit marijuana consumption have changed their workplace drug testing policies to reflect new legislation. Some organizations across the country have altered their policies (irrespective of changes in the legislation of the state in which they operate) to test for controlled substances other than cannabis. A number of them have decided to draw a distinction between medical and recreational use, allowing employees to use marijuana medicinally but not recreationally. Such organizations require employees to produce the relevant documents confirming that they have a prescription.

Others have decided to do away with workplace drug testing altogether as the practice becomes increasingly viewed as discriminatory and overly invasive. By contrast, many organizations have opted not to adapt their policies, despite their growing unpopularity, maintaining a more traditional approach.

What does the law say?

Most states still allow employers to take a zero-tolerance approach to recreational employee drug use if that's their preference. If employers choose this policy, they're required to research whether they have a legal obligation to allow medical use.

Excepting medical marijuana use, it's ultimately the employer's decision whether to continue including marijuana in employee drug tests or whether they want to continue employee drug tests altogether. That said, it would be prudent for HR departments and decision-makers to evaluate how important drug testing is to their organization. How useful is it? What's the impact? And to what extent might it cause friction considering changing societal norms and perceptions?